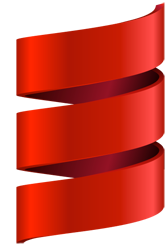 The Scala is an acronym for scalable language. It's a pure object oriented programming language with support of functional programming. Scala runs on the JVM(Java Virtual Machine) as well as on android you can mix both Java and Scala code in same project/class. Scala compiler includes Java compilers/libraries.

Scala began it's life in near 2003, created by Martin Odersky and his team at EPFL, Scala has since grown into a mature open source programming language and today become one of the popular open source for industry and used by some big companies like Linkedin, Twitter, Intel and many more.

Copied from
Scala is a pure-bred object-oriented language. Conceptually, every value is an object and every operation is a method-call. The language supports advanced component architectures through classes and traits.

Scala syntax is very much similar to Java, It's a Java like programming language which unifies object oriented and functional programming.
Scala current stable version is 2.11.8

Scala has compiler like Java as scalac and scala command is used to execute scala compiled code. To install Scala and Scala IDE you can follow this link.

Sponsored Links
Posted by javamakeuse at 10:21 AM